On January 4, 2022, the City received a letter from Shenkman & Hughes asserting that the City's at-large system violates the California Voting Rights Act of 2001 ("CVRA"). The CVRA prohibits at-large elections from impairing the ability of a protected class (members of a race, color, or language minority group) to elect candidates of its choice or its ability to influence the outcome of an election.

On February 15, 2022, the City Council adopted a Resolution declaring its intent to transition to district-based elections. The transition will start with education and outreach to encourage public participation in a transparent and inclusive community engagement process in 2022. District-based elections would then be used for the City's General Municipal Election beginning with the November 2024 election.

The Public Hearings, as part of the Regular City Council meetings, will be broadcast live on Comcast T.V. channel 28 beginning at 7:00 p.m.  The regular meetings will also be livestreamed at www.tv30.org and on the City’s website at: https://dublin.ca.gov/ccmeetings

Members of the public who wish to participate in the meeting electronically have the option of giving public comment via Zoom, subject to the following procedures:

The process to establish districts will include:

All materials and meeting information, including dates and meetings materials, will be provided on this webpage.

Creation of the Maps

Public mapping tools are now available to assist the public in drawing maps. There are different tools for different purposes and for different levels of technical skill and interest.

It is helpful if you submit written comments with your map describing how your map was drawn to meet the required criteria. An example of this would be describing the specific neighborhoods or communities of interest that are kept within a single district.

Draft Maps Must be Submitted by:

How to Submit Your Map:

You can submit your map electronically, by mail, or in-person:

*For DRA maps, you must email your plan name to dublindistricts@dublin.ca.gov

Below are maps submitted to date. The first deadline for maps is June 5, 2022 to be presented to the City Council at the Public Hearing on June 21, 2022. The proposed election sequence for each map (listing which districts are proposed for 2024 elections and which are for 2026) is printed on each map.

The most detailed way to view each draft map is using the interactive review map. The link takes you to a website where you can view all of the maps and zoom in and out to see the map details. 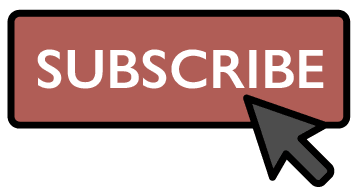 To ensure that Dublin's community-based organizations are informed about the Dublin districting process, please send us an email to confirm they are part of the outreach process.