While the history of Dublin can be traced back hundreds of years, Dublin was still an unincorporated area of Alameda County until 1982.  Starting in the late 1960s, residents became increasingly unhappy with the lack of infrastructure and control over their community's growth and safety.

The Valley Community Services District, now known as the Dublin San Ramon Services District (DSRSD), provided sewer, recreation, and fire services, but it had limited taxing resources and no control over land use.

After two previous efforts, the community voted in 1981 to incorporate as a city.  The City of Dublin eventually came into existence on February 1, 1982.

To celebrate Dublin's ruby anniversary, the City of Dublin will mark the occasion through a variety of events throughout the year, and will present a documentary about milestones of the last 40 years and how cityhood came to be. 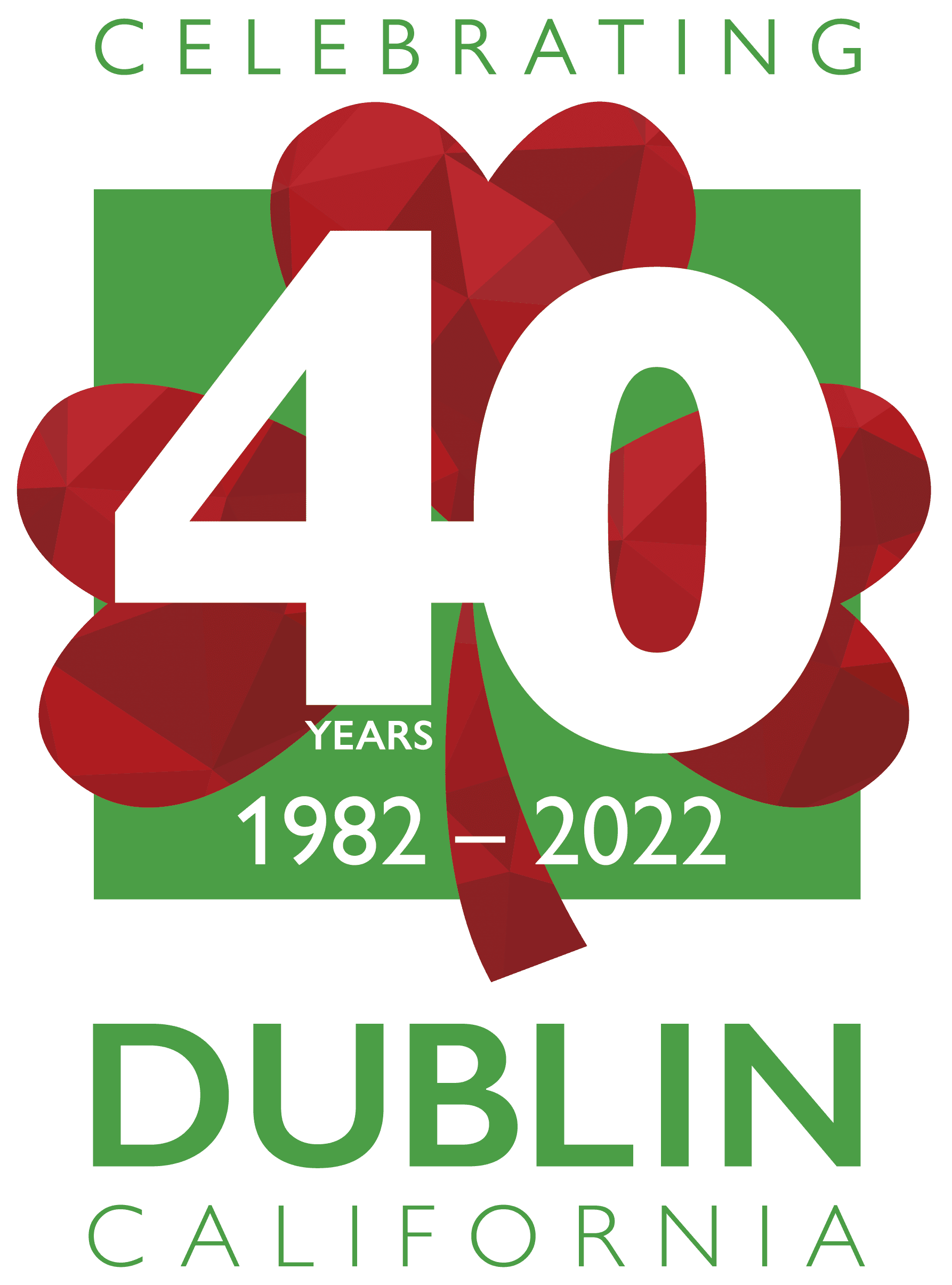 "At the Crossroads" - by James Morehead (Poet Laureate).  Dublin's 40th Anniversary Poem.  "Dublin is a City of Pride" - by Sanvi Pasala