Although purchasing new plots at the Cemetery is no longer available, the City has developed a memorial program to provide opportunities for loved ones to be memorialized.  As part of this program a limited number of benches and boulders that can hold up to two cremations are available for purchase. This is a great opportunity for those who do not currently own a plot to be a part of Dublin Pioneer Cemetery.  Additionally, memorial pavers and memorial tree plaques are also planned at a lower cost.  This program is available on a first-come, first-serve basis.

For more information, click the links below or contact Heritage & Cultural Arts Supervisor, Tyler Phillips, by phone at (925)556-4500 or email.

(As of January 2022, all memorial benches and boulders have been reserved.  A limited number of memorial engraved plaques and pavers remain available.) 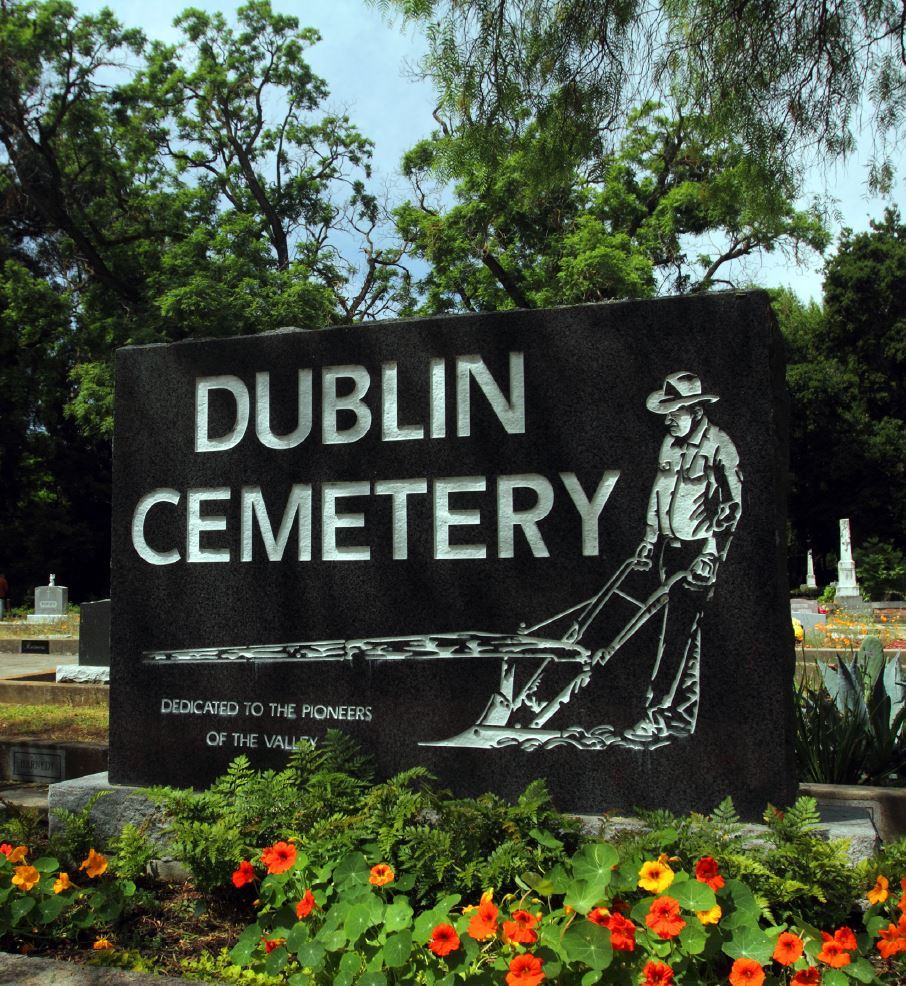 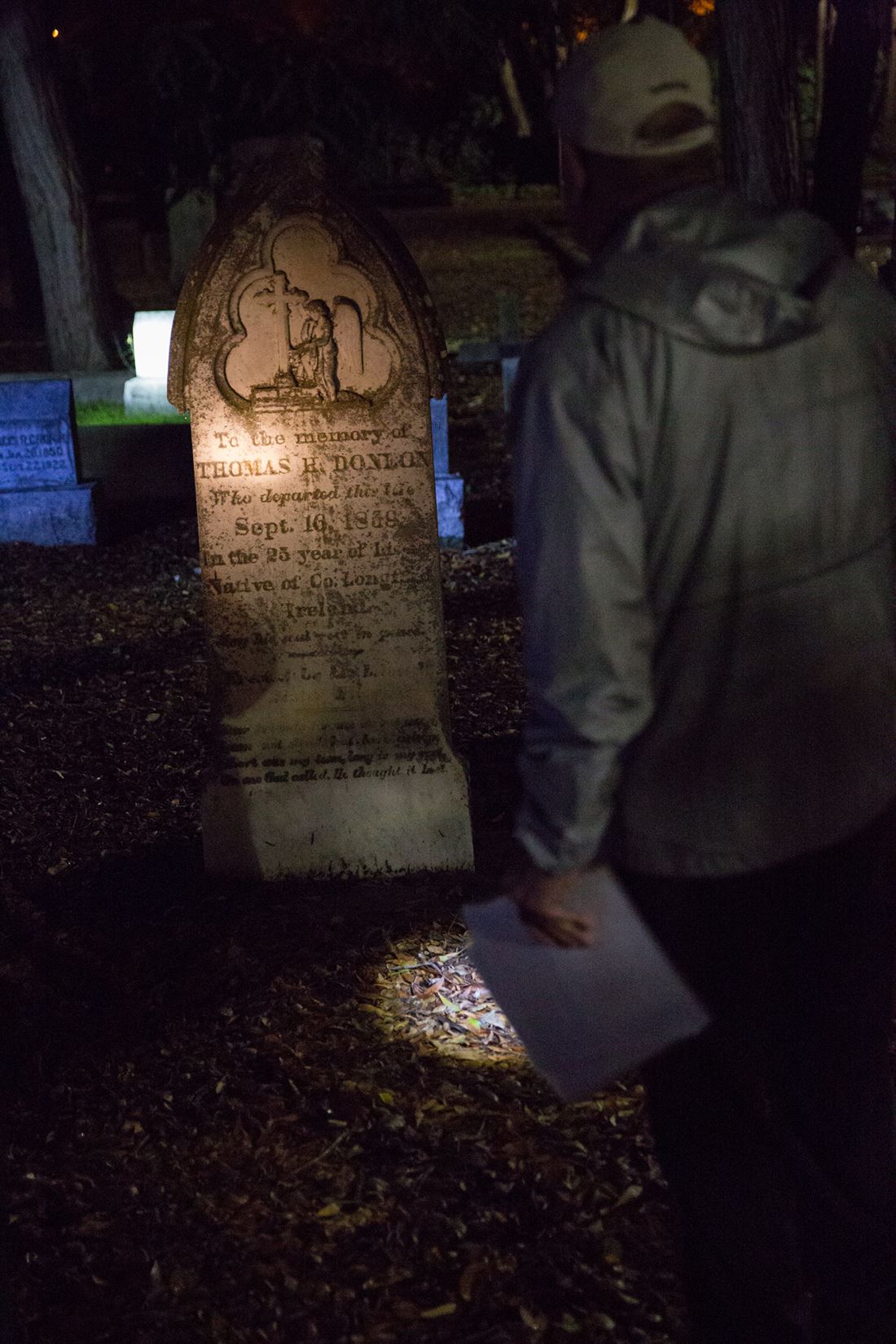 When Old St. Raymond's Church was being built, a 25-year-old Irish immigrant named Tom Donlon was working on the roof when he fell to his death. His burial marked the establishment of Dublin Pioneer Cemetery.

The cemetery contains over 600 grave sites. It is still an active cemetery.

One of the oldest oak trees in Dublin fell during a storm in January 2017. The tree was so large that it fell across eight plots and damaged many headstones, including Jeremiah Fallon’s.

Much of the plants that are in the cemetery were used symbolically. The large weeping willows that are there represent loss and the mourning families.

The main pathway that leads down the middle of the cemetery is known as Hawthorn Way, because it is lined with Hawthorn trees. In Irish/Celtic mythology, it is one of the most sacred trees and symbolizes love and protection. It was also believed to be inhabited by fairies or guardians of the afterlife.  It is a significant detail to the park, as the church and cemetery were established by Irish Catholic families.

Dublin Cemetery is the resting place of many of the pioneering families of the area, such as the  Fallon, Murray, Donlon, Dougherty, Kolb, Muller, Glass, Dobbel, and Tehan families.  A few families in the cemetery were also part of the infamous Donner Party expedition.